Garry Harley currently has eight Op Art works on display in a show called “Look again”, located on the 3rd Floor at Neiman-Marcus, 5 Copley Place, Boston, Massachusetts, USA.  The exhibition is free to enter and runs from now (started mid-June) until 30 September 2013. 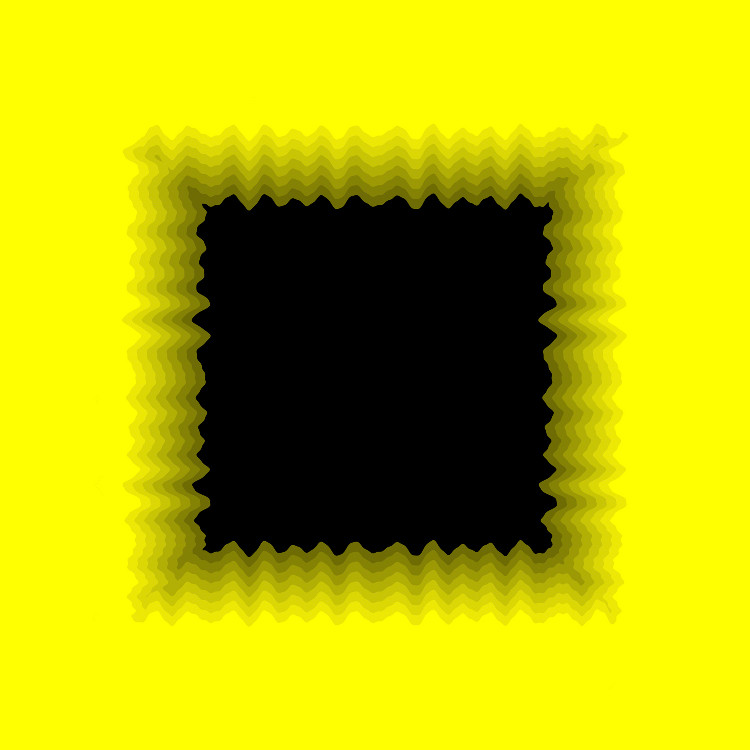 “This show includes work from three of Harley’s recent issued series; the image selected for the show from his Wave Series called YELLOW BEACH RED TIDE has also been accepted for display in the 33rd Faber Birren National Color Award Show conducted by the Stamford Art Association.  In a980, Faber Birren, world renowned color consultant, author of 27 books on color theory, endowed the Faber Birren Color Award to be given to an artist for original and creative expression of color.  The Faber Birren Color Award Show has grown from a regional exhibit to one of national scope, encouraging artist in all media. The SAA will host an Artist Reception/Awards Ceremony at its Town House Gallery on Sunday October 6th between the hours of 4:00-6:00 PM (open to the public at 39 Franklin Street, Stamford, CT).

The show LOOK AGAIN at Neiman-Marcus-Boston also includes the image YELLOW CLIFFS of DOVER.  This image is composed of seven grouped receding frames on a yellow field, each frame has the same geometric shape but also progressive darker shade of color.  Viewers have indicated that when they ‘fixate’ on the center of either image in this show they experience a certain ‘visual movement’ of the surrounding frame.”

You can find out more about Garry on his website. We are also going to feature more work by Garry in the near future on this site so keep an eye out for that.