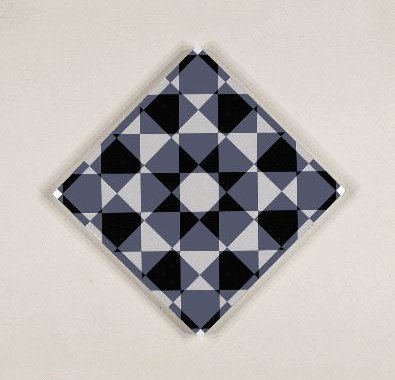 In the 1960s Francis was the Professor of Painting at the University of Washington and it was there that he began to develop his interest in color theory.  This interest in turn led to his Op Art style of painting.  Francis was quickly recognised as being an important artist in the Op Art movement and his work was featured in the hugely influential exhibition ‘The Responsive Eye’.  More recently, Francis’s work was featured in two major Op Art retrospectives: “Optic Nerve: Perceptual Art of the 1960s” (Columbus Museum of Art, Ohio) and “After Image: Op Art of the 1960s” (Loretta Howard Gallery, New York). 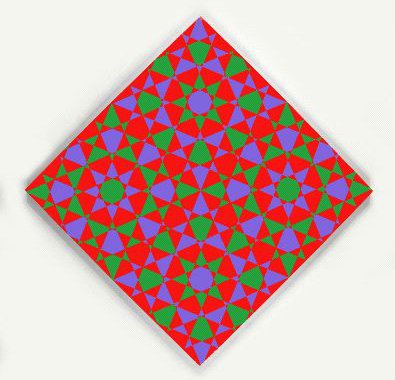 Francis is alive and well today and is still actively painting.

“Seattle artist Francis Celentano’s latest exhibition The Gemini Series presents mesmerizing images that further cement his position in the history of and resurgent interest in Op Art. In this show, Celentano’s acrylic paintings involve the concept of overlapping two identical patterns, and reorienting. He explored the pattern relationships initially using a computer program, and then migrating the designs to his paintings. The series evolves from the intersection of grey and white patterns, to a transformation through a variety of color ranges including blues, greens and reds. As a whole, The Gemini Series of fused patterns generates a dramatic tension in a variety of ways expressed differently by each painting”