The exhibition concentrates on the ‘black and white’ period from 1960-66 which produced some of Riley’s most famous works.  A total of 45 works are on display from both private and public collections including the hugely important and influential work ‘Movement in Squares’. 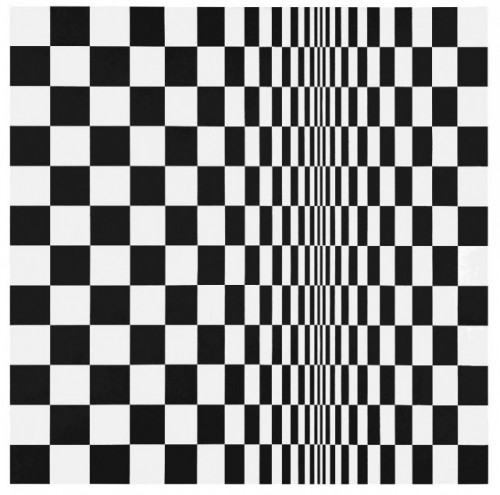 Entrance to the exhibition is free.  It runs from 23 May 2012 until 13 July 2012.  If you have even a passing interest in Op Art (which I’m assuming you do since you’re on the site) and live anywhere near London then this is an exhibition you should not miss.

You can find out more about the exhibition here.

The Telegraph have published a very positive review of the exhibition here.