Born in Venezuela and raised in Miami, 36 year old Arnold Steiner has been involved in Fine Art and Design for most of his life. As a child he was given a box of Crayolas; a defining moment that first sparked his passion for art. 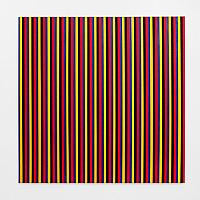 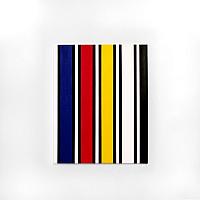 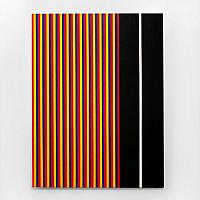 After graduating from High School, Arnold studied for 3 years at the School of Visual Arts in New York. For the next 10 years, Arnold worked in New York as a freelance Graphic designer and continues to work in this field today. Examples of his work can be found in everything from film posters, album covers, clothing designs to advertisement and packaging design.  Arnold’s work has been featured in several contemporary graphic design books and other publications including Time Out, Trace, Surface, Translucent (Japan), Sampler2, and Repellent.

After 15 years of making his mark in the print digital medium, Arnold took a leap into digital video, collaborating with Phoenix and Brian in creating “Drawdown” in 2004. Arnold is also active in the contemporary ‘Electro’ music scene; in 2005 Arnold started his own record label “Transient Force” and has published over 10 albums in the past 7 years. 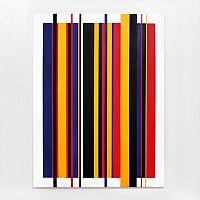 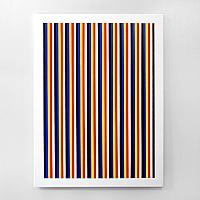 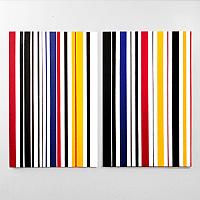 Arnold always had a passion for the basic colours and tones that can be used to generate the entire colour spectrum, but it was the discovery of Mondrian’s work that led him to believe he had found the colour set he would fall in love with; there was something about using these colours (Red, Yellow, Blue, Black and White) that gave him a sense of completion.

Soon after this discovery he began to experiment with different styles such as Suprematism, Comparison Art, Possibility Art, Minimalism and Op Art. It was the discovery of Bridget Riley’s ‘striped’ pieces that was the next defining moment in his artistic career. Arnold started an ongoing study of how these basic colours appear within a different composition of stripes and the effect that the stripes created. Working exclusively with vertical stripes, each painting has a focus on balance no matter what the nature of the composition.

“I chose to name each piece as “Untitled” so the viewer is not distracted by a particular idea. The paining is created more for the viewer to self-reflect on how they feel about it rather than it being a form of self expression.” 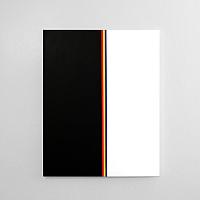 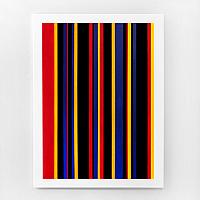 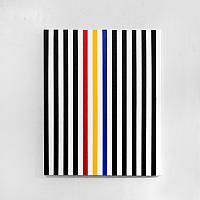 I like Op art because to me it is the foundation of colour theory and composition. Another reason why I like Op Art is that it leaves the viewer with an emotion without any literal explanation. Op Art lets the viewer decide what it means to them. I like the symbolism that can be found in Op art. What I particularly like about the Op art I’m creating is the choice of colours (Red, Blue, Yellow, Black and White paint ) which are the foundation to the entire colour spectrum.

I make my paintings by thinking of different compositions without any pre-sketches or computer. I create the art with the application of Red, Blue, Yellow, Black and white acrylic paint, art tape and a ruler. Each painting needs to have a new variation on how the stripes are placed. This is the process I use to create my paintings. 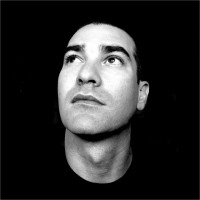