Despite Soto’s stated resistance to Op Art – in fact he refused to participate in the famous ‘Responsive Eye’ exhibition which brought widespread fame to the major Op Artists of the time – he should really be considered as one of the major artists of the movement.  I was lucky enough to speak to Bridget Riley at a recent talk in Cambridge (UK) who had nothing but praise for Soto saying that he was one of the artists at the time who she really considered to be working along the same lines as she was. 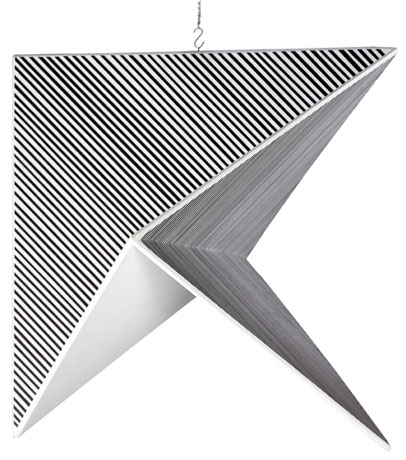 From the Grey Art Gallery site: “Comprised of some 50 works, Soto: Paris and Beyond, 1950–1970 is the first largescale exhibition dedicated to this major Venezuelan artist to be held at a New York institution in more than 35 years. Featuring works produced after Jesús Rafael Soto’s move to Paris, the show highlights his visionary investigations into notions of movement, displacement, and instability. Drawing inspiration from optics, color theory, and phenomenology, Soto (1923–2005) developed a radically new relationship between the artwork and the viewer. The exhibition also explores reciprocal influences between Soto and other members of the Parisian avant-garde—such as Yves Klein and Jean Tinguely. Soto’s groundbreaking achievements in the fields of perception and interactive art established his reputation as both one of the foremost proponents of kinetic art and one of the most influential 20th-century Latin American artists”