Igor Vojtela is based in Western Slovakia and has a background in teaching Maths and Physics but now works in the field of computing. He produces most of his Op Art pieces using Xara software, although the initial ideas are often sketched out on paper. 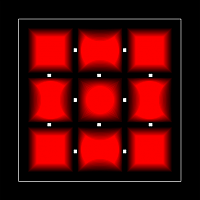 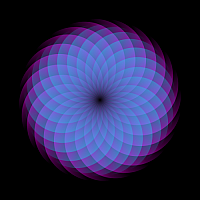 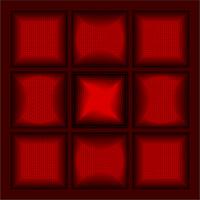 “When I was born in the last century in a small town in Western Slovakia, crayons, pencils and brushes had already been invented, but nobody even dreamed of computer graphics.  “Scribbling” on paper or in a notebook has always been my favourite form of relaxation from my early youth right up to the present day. Even during my studies in maths and physics I constantly drew crazy figures or surreal landscapes in my notebooks.” 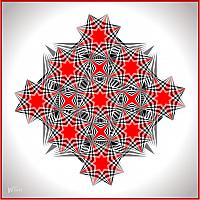 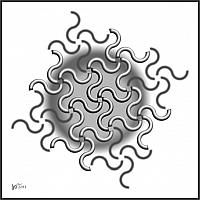 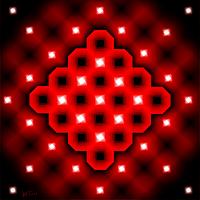 Did you formally study art?

I neither studied visual arts nor computer graphics – it is purely a hobby. I am originally a maths and physics teacher, although I have been working in the IT sector for quite some time now.

For me, OP-ART is a symbiosis of geometry, combinatorial maths and art. By combining simple patterns one can create intensely interesting structures, which often do not have a real meaning as such, but can give rise to a surprising optical sensation.  In a way, it is similar to hand drawn humour (which I love), where by joining several lines or objects a new meaning is created entirely different from the original one. 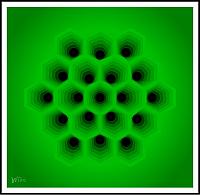 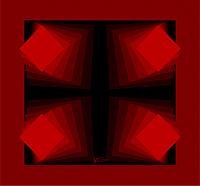 Squares on a Trip

Any other art you like and other artists that inspire or have inspired you?

The work of great visual artists such as Dalí, Brunovský, Mucha, Escher and Vasarely have undoubtedly had the most influence on my work.

How do you go about creating a piece?

Some pictures begin as sketches on a paper which are later re-created in PC, some are created directly in the computer, most often in XARA.

My pictures are usually made for my friends and acquaintances, but I also do commercial work from time to time. For example, in past I used to illustrate magazines, mathematical books, cartoons and corporate visuals. 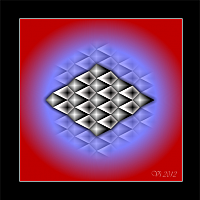 Black and White in Colour 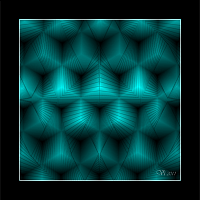 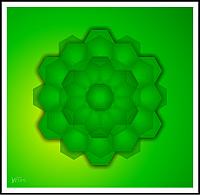 One thought on “Igor Vojtela”