Nikos Symrnios grew up in the 1960s – a time when Pop Art and Op Art were hugely popular both in the art world and in the mainstream.  These movements had a lasting and powerful effect on Nikos and he spent a lot of time trying to find a way to combine the two styles.  “Finally I succeeded in finding balance between them by developing an original visual style, the style I use today for creating my works”.  Nikos describes himself as the “Pop artist who is in love with Op Art.”  Nikos currently lives and works in Greece. 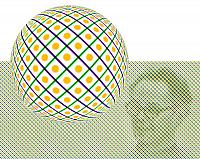 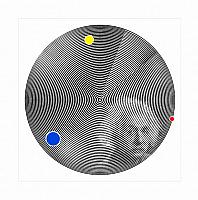 Did you study art?  If so where?

I studied at Stockholm’s College University of Art and Design (Konstfack), a school founded on the principles of Bauhaus and still considered the heart of Scandinavian Design. I graduated in 1981, after completing a five year program which was focused more on visual communication design and modern media (photography, video, graphics) than on matters of painting styles and traditional techniques.

I use mainly Adobe software (from Photoshop and Illustrator to After Effects and Flash), exploiting its creative possibilities to the maximum, by endless experimentation. The outcome of my art varies from traditional painting, to pen drawing and digital printing, so the technical process varies accordingly. In every case, the use of the computer is a matter of crucial importance, not only during the image generation process but also when trying to solve problems related to the final composition, the colors, etc.  My confident handling of formal techniques derives from my professional graphic design background.  As a graphic artist I am familiar with the laws of visual perception, which I use to create optical interest in my art.  By this means I approach the techniques of op art and try to match them to the philosophy of pop art.

Looking through a glass onion 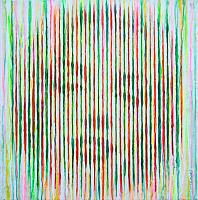 What’s the process for making one of your artworks?

Like other pop artists, I express my view of the times above all through the use of the portrait. Anyone can become my model, but I have mostly chosen to portray idols of a glorious era, mainly rock and film stars or other famous people, who later became icons and symbols of ideals within the global ethical and cultural tradition. In other words, photo manipulation, by the use of different methods, is an important part of this process. I try though to avoid making sterile, mechanical reproductions of the photo (or the photos) that I use as a reference for portraying a person, paying attention to the sensitive matters of copyright, about which I am quite conscious. For this reason, I often use more pictures of the same person as reference, for creating a “new” one and finally I put the portrait in a conceptual context according to the portrayed personality. This is the most essential part of the process. I use my experience from the graphic design world to produce poster like works, following the pop art tradition, (as pop art is closer to the graphic arts than any other art movement). The use of applied design gives my images their character, while these images usually reflect my own views. The last step of the process is transferring the image onto a canvas, or a piece of paper, cardboard, a metallic plate etc. Depending on the material and the painting medium I use conventional transferring methods, overhead projections or prints.

Op Art has several aspects. Whichever of these aspects you experience you can’t help but like it. First and foremost, Op compositions are full of power able to energize even the most indifferent viewer. They bring the senses of two and three dimensional states into one vibrant unity. Besides, the positive and negative spaces are of equal importance more in Op art compositions than in other kinds of art. 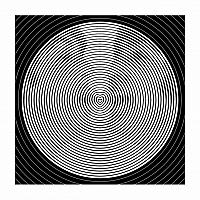 Their geometric character is another aspect that I love. Geometry has intrigued me already from the time I was an art student and created my first experimental paintings/installations, depicting various geometric theorems and philosophical principles of the main Greek mathematicians and philosophers. (The “Pythagorean I” is the most important work of this series). Last but not least, by studying Op art’s non-representational nature I found I could comprehend and appreciate the great values of abstract art.

Other art and artists that you like or have found inspirational?

I like almost every kind of art when it’s pure and genuine.

As for other artists that have inspired me there are quite a few! I would like in particular to mention Juan Miro, Frank Stella, Peter Blake, Roy Lichtenstein, Victor Vasarely, Renato Guttuso and Equipo Cronica (Manolo Valdes and Rafael Solbes).

You can find out more about Nikos and see more of his work on his facebook page. 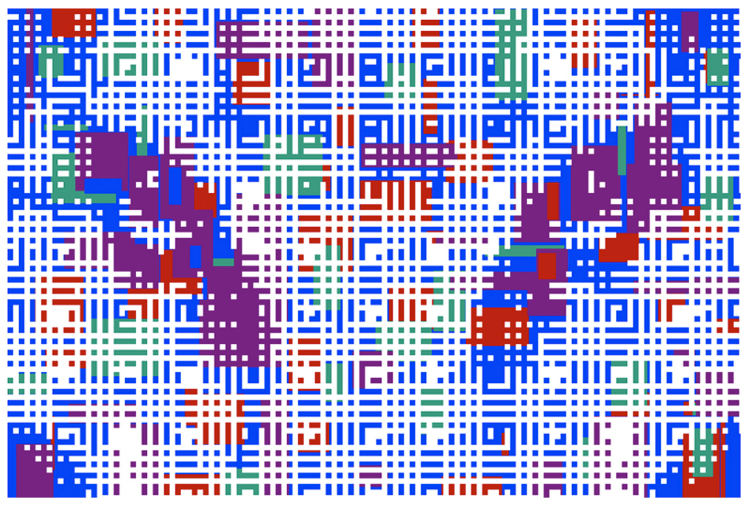 Nature looks at you – Nikos Smyrnios

Bridget Riley has made history again, this time by becoming the first woman to win the prestigious Sikkens Prize.  The Sikkens Prize is a Dutch art award given to an artist in recognition of their ‘use of colour’.

From the Sikkens Foundation website: “This grand old lady of British art will receive this prestigious colour prize for the way in which she has enriched her work with colour. The purity, subtlety and precision of her use of colour have led to a sensational oeuvre from which a new generation of artists is drawing inspiration. At the same time she has demonstrated her ability to appeal to a broad public with her abstract work.” 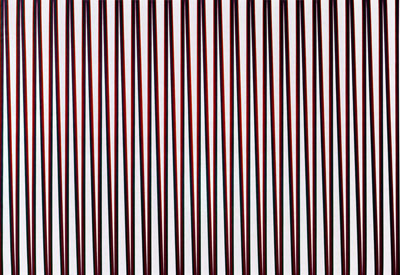 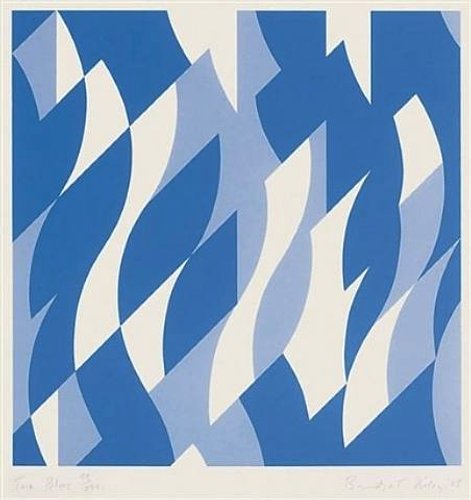 Every now and again you encounter a piece of Op Art that produces such a strong visual effect it serves to remind you how much there still is to learn about human perception. 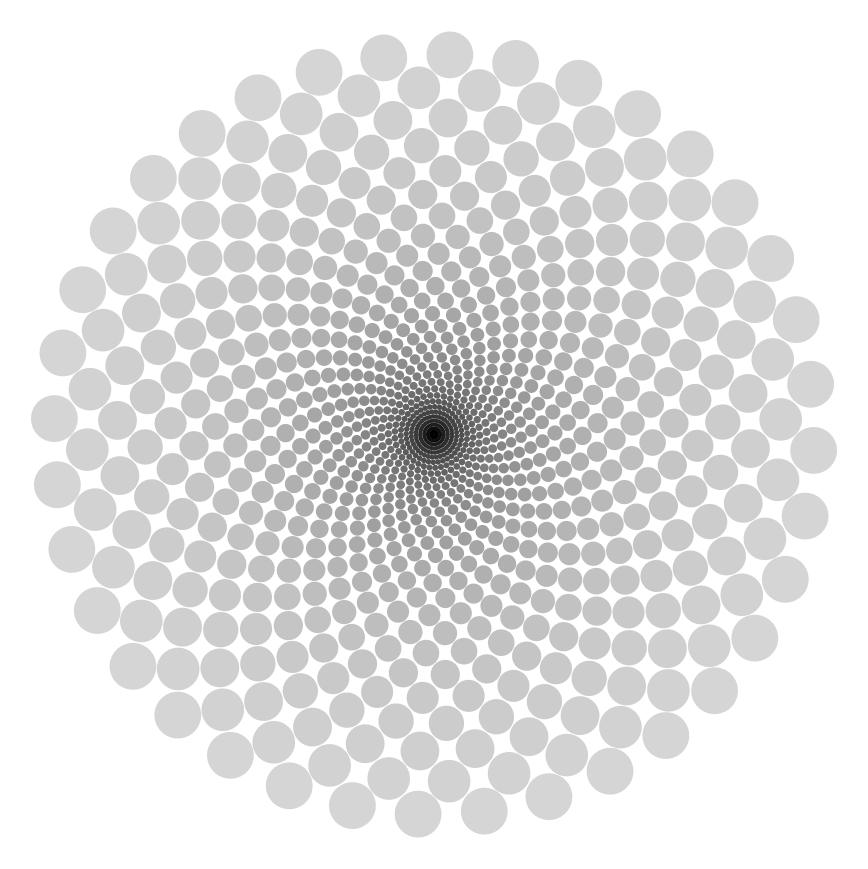 “Ghost” (above) by Mexican artist Ramiro Chávez Tovar is one such piece.  As you look towards the centre of the piece you’ll fleetingly notice that there appear to be a series of grid-like concentric circles and straight lines running from the outer edges into the centre.  Move your eyes or concentrate on a small section of the image and you’ll see that these lines are not part of the picture – it is in fact your perceptual system that is creating them.

You can see more of Ramiro’s work, including ‘Rotating drops’ above, on his deviant art profile.

For those who are interested, Ghost was created in contextfree and was generated by the following code:

Thanks to Ramiro for getting in touch with me. 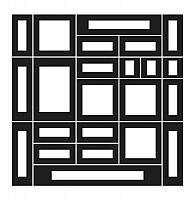 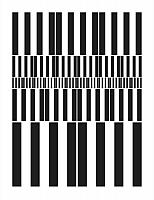 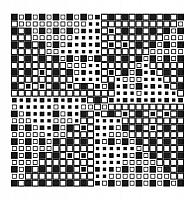 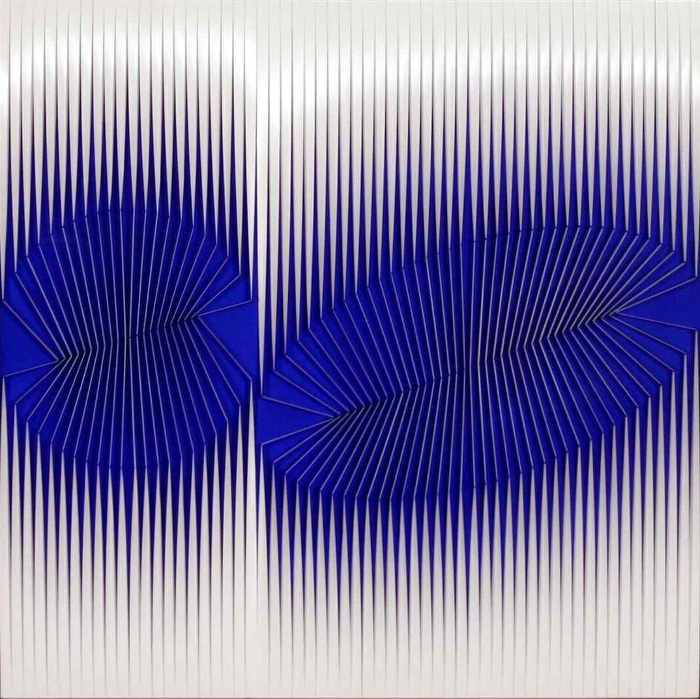 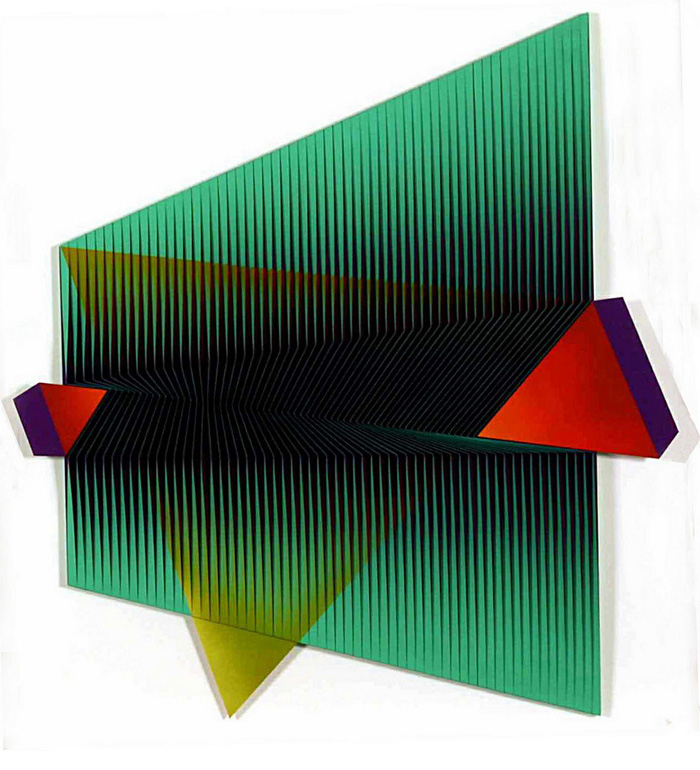 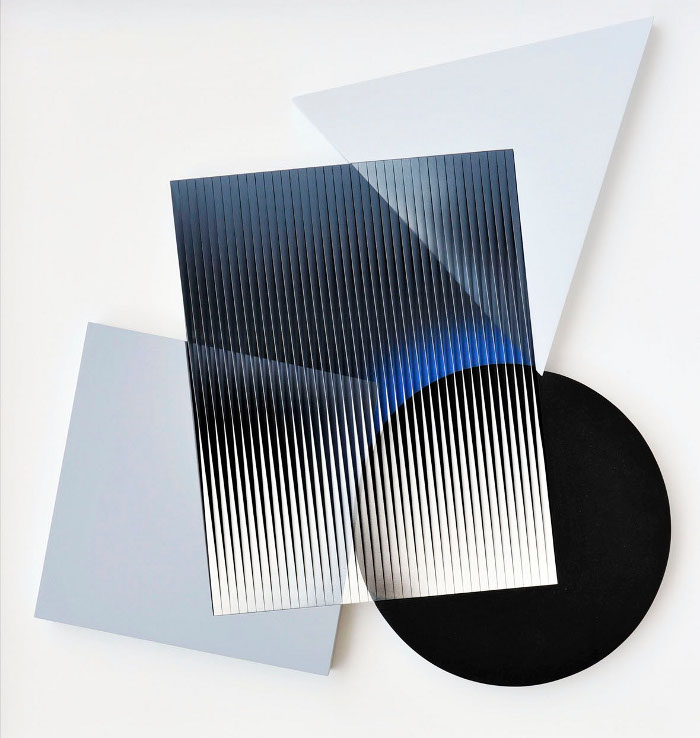