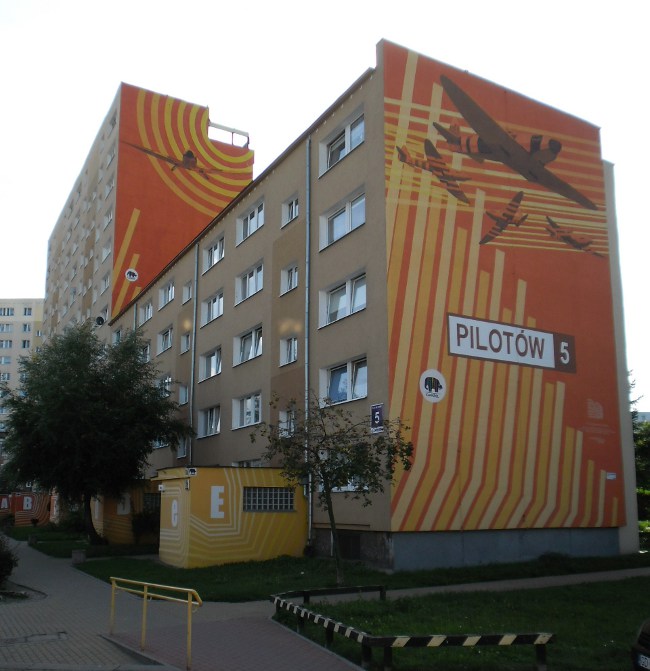 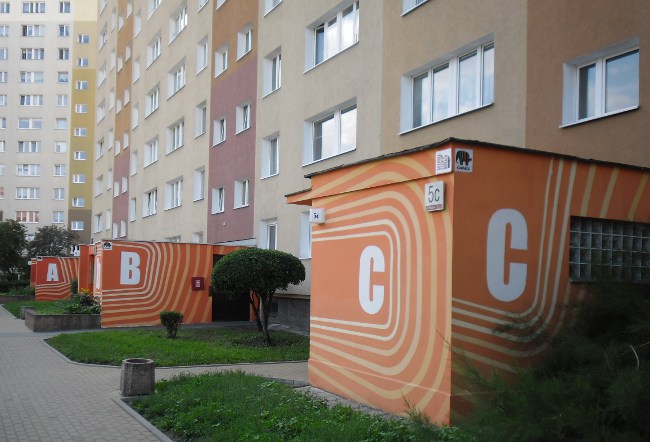 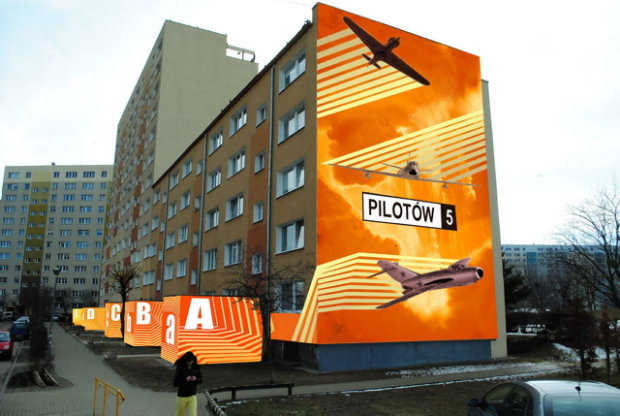 The murals were painted by young artists from Fine Arts Academy in Gdansk to commemorate No 303 Polish Fighter Squadron which was one of 16 Polish squadrons in the Royal Air Force (RAF) during the Second World War. It was the highest scoring RAF squadron of the Battle of Britain.  Rafal Roskowinski the founder and lecturer at the Mural division of the Academy (who has also been responsible for many other Gdansk murals) said: “No 303 squadron was not an average unit.  They were Polish knights and they gave a good lesson to the bandits…”

Thanks to Joanna Potratz for the photos and for finding the story.