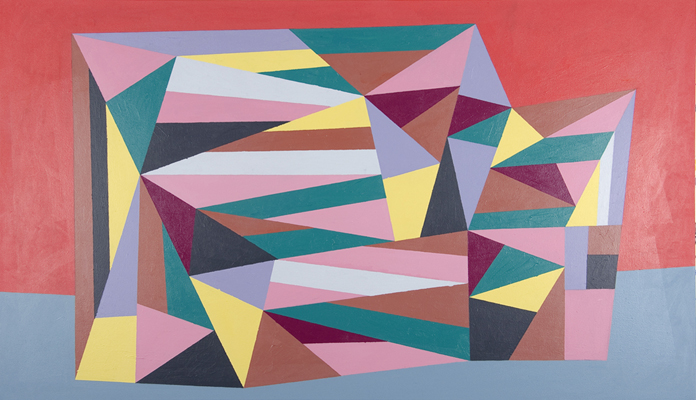 “Stephen Jaques works are mysterious super structures, oscillating between refined flatness and illusory forms floating in deep space.  The confidence with colour operates on our subliminal viewpoint.  The paintings although very present have an absence, a detachment.  This detachment is one you want to get to know.”

The exhbition runs from 16th February through to 4th March 2012, but please note it is only open to the public Thursdays to Sundays 12 – 5pm.  Other artists on display include:  David J Batchelor, John Crossley, Tricia Gillman and Laurence Noga.