Bradley G Munkowitz has over a decade of experience functioning as a design director for the motion graphics industry and has continued to remain passionately involved in the global design community, giving lectures in countries around the world including Australia, Korea, Germany, Holland, Spain, Portugal, Canada, England and the USA. 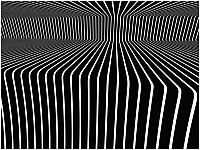 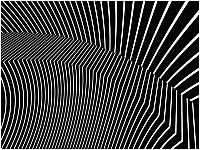 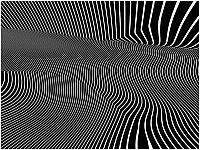 He began his professional career as an Interactive Designer at London-based Vir2L Studios Europe, while also crafting immersive web experiences on his cult site GMUNK.com, winning a grip of awards for web excellence and innovation while inspiring a generation of interactive storytellers. Bradley has worked as a design director for international brands via his work at top tier outfits Engine Design, Transistorstudios, BUCK and Prologue Films. 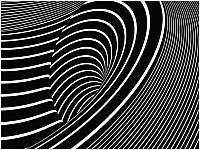 He spent the entirety of 2010 playing in the darkness at Digital Domain leading a black-ops team of GFX All-Stars to concept, design and execute over 12 minutes of holographic content for the feature film TRON Legacy.

Optical Art is one of those “perfect stylistic design aesthetics” and something he sees as “infinitely engaging”. Bradley builds his Op Art works using the 3D modelling software Maya first creating a virtual 3D Optical Art landscape before reducing it to the final 2D image.

From the Infrared5 mural created for Boston Tech Company Infrared5. 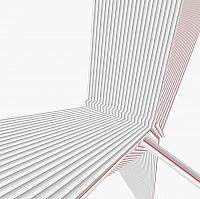 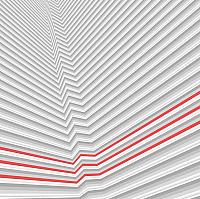 From the ‘Freestyle Optical’ series:

“Predictably, munkowitz rocked freestyle, generating an assortment of Op-ularized Optical Opulence to give the eyeballs a solid workout, and to further the development and technique of his favorite design aesthetic… In some future decade, he might be a 1/10th as fresh as his design hero: the Master Gilmore; it takes time no doubt….” 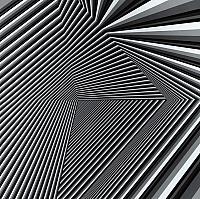 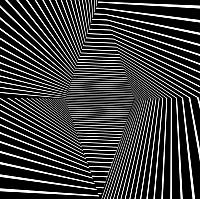 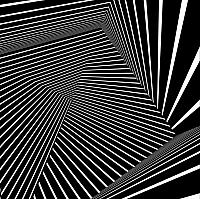