Twelve posters have gone on sale to celebrate the 2012 Olympic Games.  The posters have been designed by leading British artists, including four Turner prizewinners.

Bridget Riley’s original, lively “Rose Rose” piece is composed of horizontal, coloured stripes with the overall colour impression leaning towards the ‘pink’ end of the spectrum.

“For her Olympic print, Riley has arranged colours in horizontal stripes, indicating the direction of athletic tracks or swimming lanes. The relationships between the colours create a sensation of movement capturing the energy of sport and the Olympic Games.”

My advice would be to try to get hold of one of these as soon as you can as they are more likely than not destined to become collectors items. 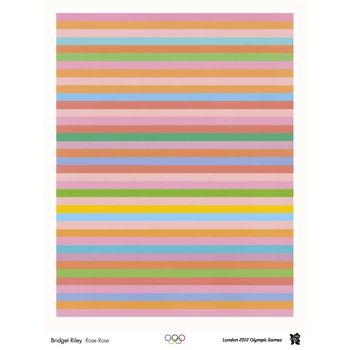 The Cleveland Museum of Art is hosting an Op Art Exhibition.  The featured works come from the Cleveland based Op Artists who were so important to the foundation of the movement in the 1960s such as Op Art veteran Julian Stanczak.

“An abbreviation for “Optical Art,” Op Art is an appropriately eye-popping style whose goals are to stimulate and, at times, even to confound vision. Op artists test the boundaries of visual perception, often by creating abstract compositions with bold colors that seem to vibrate and dynamic patterns that appear to pulsate. During Op’s heyday in the 1960s, several artists who studied and worked in Cleveland became internationally known for their vital contributions to the movement. In addition, Cleveland was home to the only artist collaborative in the United States devoted to Op. Drawn primarily from the CMA’s permanent holdings and supplemented with loans from private collections, CLE OP: Cleveland Op Art Pioneers is a small focus exhibition showcasing work by key figures in the local Op Art scene during its formative years. “ 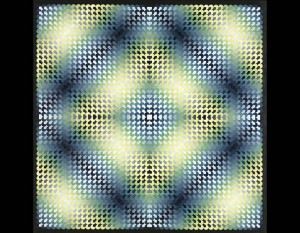 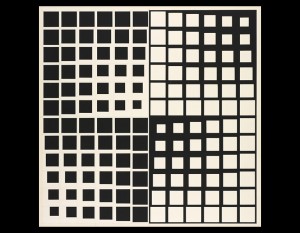 Gallery Thomas in Munich Germany is currently displaying an Op Art Exhibition featuring some of the most important artists of the movement who were active in the 1960s and early 1970s, including Bridget Riley, Victor Vasarely, Richard Anuszkievic, Carlos Cruz-Diez, Almir Mavignier, Jesús Rafael Soto, Wolfgang Ludwig and Francis Celentano.

There are also works by later Op Artists such as Ludwig Wilding. 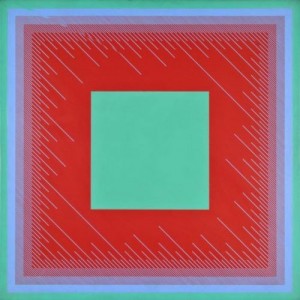 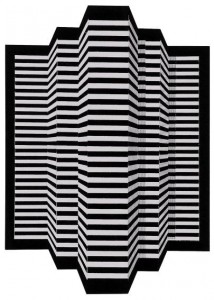 A new Vasarely exhibition ‘Optical Perspectives’ has been on display at the Eagle Gallery of the Cafesjian Center for the Arts since September 10. The 44 works presented at the exhibition are selections from the Gerard L. Cafesjian Collection.

The 44 works on display are a stunning and diverse representation of Vasarely’s output. 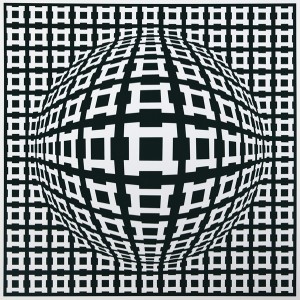 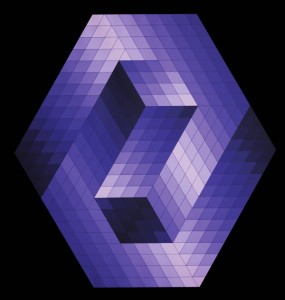 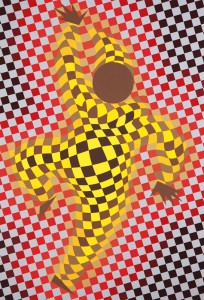 Kettle’s Yard, in Cambridge (UK) are currently hosting a stunning exhibition of Bridget Riley’s work.  Entrance to the exhibition is free, so if you are in the area, please do visit.  I’ve been to the exhibition myself and found it to be fully worth the trip from London.

The exhibition runs until 31st December 2011.

“For fifty years Bridget Riley has been one of the world’s leading abstract painters. For most of that time colour and our perception of its fleeting nature have been at the heart of her work. This exhibition, organised uniquely for Kettle’s Yard, takes paintings and studies from the last thirty years to trace her progress through the agency of stripes, planes and curves and back to stripes.” 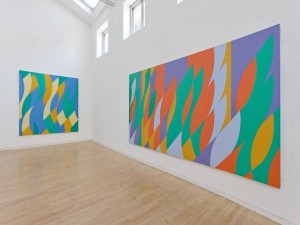 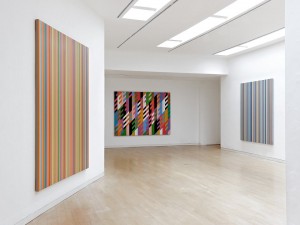